Invoking the Divine Energy of 18 Siddhas for Material & Spiritual Wealth

Invoking the Divine Energy of 18 Siddhas for Material & Spiritual Wealth

This year, Pillai Center invites you to participate in the Grand Statue Installation and Eye-Opening Ceremonies for Primordial Siddha Guru Agastya and Special Ceremonies for the 18 Tamil Siddhas, following sacred Siddha traditions, to receive their Divine wisdom and invite miracles that can transform every aspect of your life and help you overcome every problem.

On Guru Purnima, Pillai Center is giving you a unique opportunity to access the Divine energy and blessings of the pre-eminent Gurus by participating in the Grand Eye−Opening Ceremony, Fire Lab, and 48 Days Special Poojas for the newly installed Sage Agastya Statue at the Powerful Siddha Powerspot. Along with this, Pillai Center offers a suite of Guru Purnima rituals to honor and invoke the blessings of the 18 Tamil Siddhas with a Grand Fire Lab and Chanting, and Special Pooja at their Enlightenment Powerspots, 5 Powerspot Poojas, Sacred Offering, Donation, Ancestral Ritual, and Food Feeding to help you receive the ultimate blessings of the greatest Gurus for success in every aspect of life and overall well-being.

Considered the Father of Tamil Literature, Agastya is the most renowned of the 18 Siddhas (Sages with mystical powers called ‘Ashtamaha Siddhi’ or eight supernatural powers) and significantly contributed to medicine, Tamil grammar, yoga, and Kaya Kalpa (anti-aging therapy). Agastya is believed to have gained his knowledge about healing and medicines from Muruga and was initiated by Shiva himself.

He is considered the Lord of Science and Medicine due to his complete mastery of science, technology, arts, music, dance, astronomy, drama, and literature. Agastya is also known as one of the Seven Great Sages (Sapta Rishis) and has contributed immensely to Vedic and Siddha literature. It is believed that these mantras were revealed to him by the Brahman (Supreme Being) for the welfare of human beings. Propitiating him with sacred rituals can help give relief from Pitru Dosha (ancestral curses), sins from previous births, diseases, and doshas (afflictions) pertaining to Mercury in the birth chart.

On Jul. 12, 2022 (PDT), our priest will invoke the powerful energy and presence of this revered Sage and Guru of the Siddhas with a Special Eye−Opening Pooja following sacred protocols to bring life to the statue, which is further empowered with a Grand Fire Lab following Siddha tradition for spiritual and material advancement, and 48 Days Special Poojas (Jul. 14 − Aug. 30, 2022) to help you deeply connect with his Divine cosmic energy and invoke his blessings for knowledge, wisdom, and overall well-being.

Tamil Siddhas: Enlightened Beings Who Have the Power to Transform Your Life

Tamil Siddhas are a group of 18 perfected beings who have the ability to control the barriers of time and space by mastering yogic practices and intense meditation. They have attained the highest spiritual evolution, freedom from the cycle of birth and death, mystical healing powers, and the ability to absolve sins and reduce the impact of planetary afflictions in the birth chart.

A Grand Fire Lab will be performed in honor of the 18 Siddhas with the chanting of the sacred hymn- Thodaka Ashtakam, an octet in praise of Guru Adi Shankaracharya composed by his disciple Totakacharya. Unlike a regular Fire Lab, the Tamil Siddhas Fire Lab uses live materials like roots instead of dead wood, along with special hand-picked living herbs and grains which carry Divine energy.

Chanting this sacred hymn and performing a Fire Lab to these Gurus is believed to bestow their graceful blessings to remove all falsehoods and illusions, reveal the truth about the inner self, and bestow good relationships, wealth, good fortune, and Siddhi powers.

Special Poojas will be performed at the Jeeva Samadhi (Enlightenment Powerspots) of the 18 Siddhas, which radiate with their Divine energy and positive vibrations. Sacred ash will be energized at these 18 powerful places and sent to you to help you receive the guidance and blessings of these Gurus, cleanse your aura of negativity, and uplift you spiritually.

Avahanti Fire Lab performed as per the protocols in the Taittiriya Upanishad can attract a wealth of knowledge and remove ignorance. The ancient mantras recited during the Fire Lab can kindle cosmic intelligence, attract abundance through your Guru, and offer your prayers for the well-being of your Guru.

As per sacred texts, Powerspot beliefs, and traditional practices, performing these Guru Purnima Poojas to the enlightened Gurus can help bestow the following blessings

This Fire Lab will invoke the blessings of wish-fulfilling Goddess Kamadhenu, and Rishis Vasishta and Jamadagni, to bless you with incredible wealth and give you whatever you think or desire.

According to the sacred text Bhrigu Samhita, Lakshmi was Rishi Bhrigu’s Daughter. Performing Lakshmi Narayana Fire Lab is targeted to bring material prosperity, along with the blessings of Rishi Bhrigu.

This Fire Lab invokes Medha Devi, who is an avatar of Saraswati, for enlightenment, knowledge, and liberation, along with the blessings of Rishis Atri, Gowthama, and Kashyapa.

Vishwamitra is the author of the Gayatri mantra. This Fire Lab can bring you the blessings of Vishwamitra to help you embrace a prosperity mindset so that you can create material abundance

3 Powerspot Poojas and Hydration Ceremonies for Protection, Progress, and Liberation 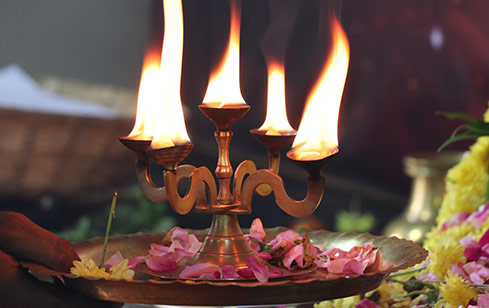 According to legend, the Seven Sages, Athri, Brighu, Pulasthiar, Vasishtar, Gouthama, Angirasar, and Marichi prayed to Shiva to ward off the bad period they were passing through. Propitiating Shiva as Saptarisheeswarar grants relief from curses, bestows progress in education, helps gain a favorable life partner, and gives progeny.

Archana (Pooja) and Abishekam (Hydration Ceremony) to Sage Agastya and Lopamudra at Karuvalacheri in Kumbakonam Powerspot. 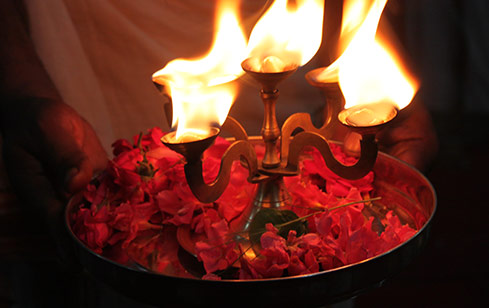 Revered Sage Vyasa’s birthday is celebrated on Guru Purnima, and is also called Vyasa Purnima. Considered the ‘Guru of ‘Gurus’ (teacher), he is the author of the great epic, Mahabharata. He is also the author of the great Vedas (which he edited), 18 Puranas, and the Brahma Sutras. Performing Pooja to Sage Vyasa with flowers can help invoke his grace and blessings for knowledge, wisdom, intellect, and a life of bliss. 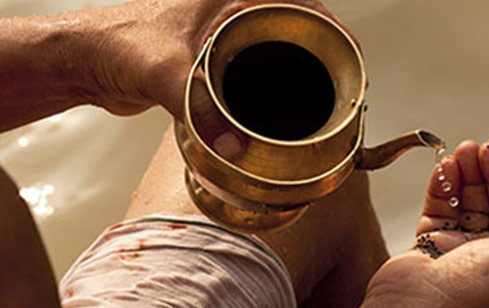 Pillai Center has created a special set of preparatory Poojas for the most renowned Guru and the Head of Siddhas, Agastya, at 5 powerful Powerspots for 10 days to help prepare you for the Full Moon of the Guru and invite the Guru’s ultimate blessings to transform every aspect of your life and gain knowledge, wisdom, relationship blessings, spiritual upliftment, and fulfill wishes for growth and success. 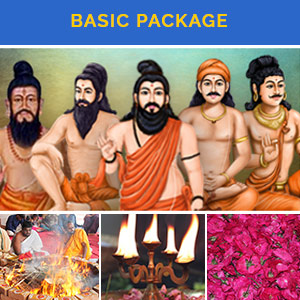 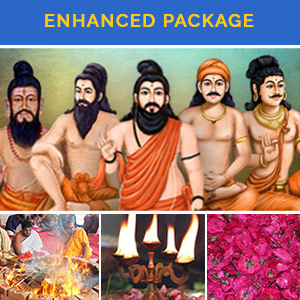 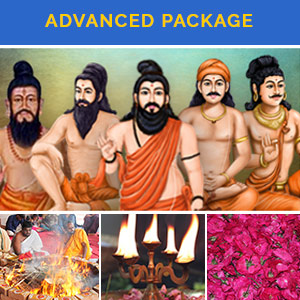 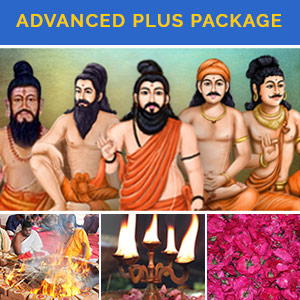 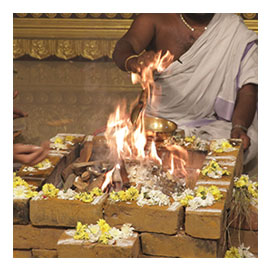 Book your Individual Sapta Rishi Fire Lab on Guru Purnima to invoke the combined blessings of the Sapta Rishi (7 great sages). According to traditional practice, performing Sapta Rishi Fire Lab dedicated to the seven ancient seers along with Medha Suktam Chanting can help bestow enlightenment, knowledge, and liberation, rectify all the debts to Rishis, and invoke their graceful blessings. 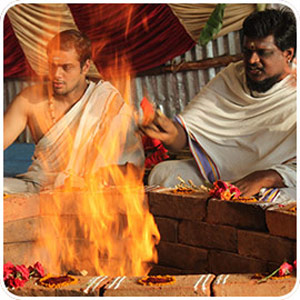 Book your Food Feeding Service on Guru Purnima. According to scriptures, donating food to the needy can free you from problems, grant success in all walks of life, and help attract positive energy and peace of mind. 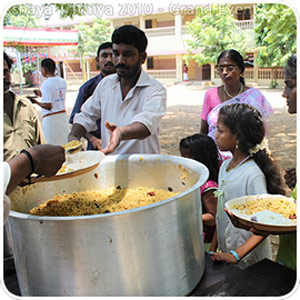 This Healing Mala, energized in the Guru Purnima power rituals can help you obtain the blessings and Grace of the Guru, transform every aspect of your life, and overcome every problem. 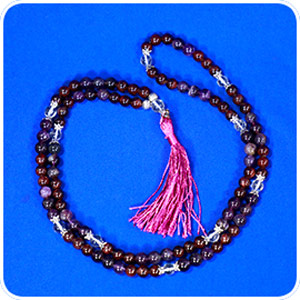 This special Spiritual Mala, energized in the Guru Purnima power rituals can help you gain special blessings of the Guru to dispel ignorance, annihilate obliviousness, and gain positive vibrations for growth and overall wellbeing 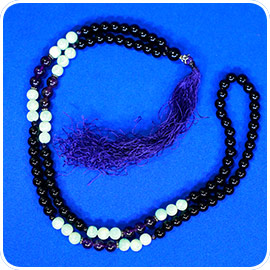 Guru Purnima is an auspicious day to honor one’s Guru. The feet of the Guru, energized in the Guru Purnima rituals, is a source of great spiritual energy of the Guru and is empowered to remove difficult karma and obstacles in your life. 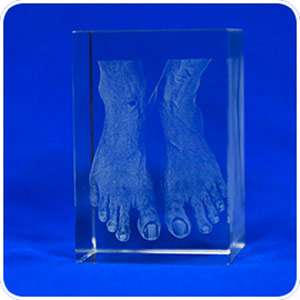 You can access Dr.Pillai’s Universal energy through the 3D Crystal Dr. Pillai Cube, which is energized in the Guru Purnima rituals to attract, store and generate subtle positive vibrations into the surroundings in which it is placed. It can help invoke Dr. Pillai’s presence and create an atmosphere of miracles. 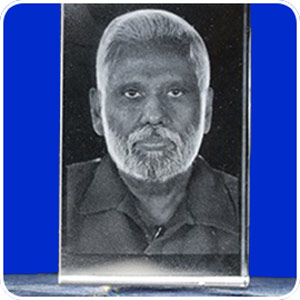 This special pendant energized in the Guru Purnima rituals has the Guru’s Feet on one side and the Chin Mudra on the other side. The Guru’s Feet embody the power and grace of the Guru, radiating his blessings. The Chin Mudra radiates the energy of the union of the individual soul with the Supreme Soul. 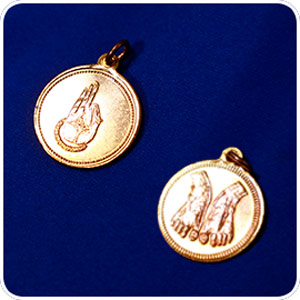