WHAT IS GURU PURNIMA, THE FULL MOON OF THE GURU?

It is because it is the most important night, when the Moon is extremely powerful. It affects your brain in a significant way to give you greater intelligence. It’s not just knowledge, but intelligence of the highest kind. The Yogis acquire Siddhi powers on this day. This happens because of the Angels and Ascended Masters (Gurus) coming down into this earth plane during this time.

Full Moons in general have a tremendous amount of power over the brain. They can change your brain in a miraculous way.

To benefit everyone who is living in a different part of the world, I decided to give an empowerment initiation, and teachings, on this very important Full Moon, every year.”

"The Guru is often attributed to have the ability to change the karma of people. They have taken upon themselves this mission of making life easier for people. That is their obligation. In order to be totally transformed by the Guru, you have to look at the Guru as your own Higher Self, as your own God guiding you, and if you have the trust, then you are transformed.” — Dr. Pillai

“Guru Purnima is the single most important day. Regardless of who you are, what your stars are, whether you are going through good or bad times, you will all be benefited on that day.”

Guru Purnima, which is the Full Moon, is the single-most important day of the year according to Dr. Pillai. In the Siddha tradition, it is the most auspicious time to be in the presence of a Guru, when they transmit incredible grace from all the Gurus who descend from their heavenly abodes. During this Guru Purnima Day, you will have the opportunity to be in Dr. Pillai’s virtual presence during what Dr. Pillai teaches is the most powerful, most impactful period of Guru Purnima. This is considered to be an extremely precious opportunity. Dr. Pillai intends to use this time to transmit a special energy to you, to awaken your intuitive intelligence and transform your destiny.

WHAT YOU CAN RECEIVE

Dr. Pillai will be transmitting a special empowerment to attendees to awaken their intuitive intelligence and transform their destiny. He also intends giving powerful initiations and teachings that he will channel in-the-moment.

Join Dr. Pillai during the most powerful 2-hour period of the single-most important day of the year. Dr. Pillai will be transmitting a special empowerment to attendees to awaken their intuitive intelligence and transform their destiny. He also intends giving powerful initiations and teachings that he will channel in-the-moment.

Join a Pillai Center teacher for live coaching calls to receive additional clarity on the teachings Dr. Pillai shared, and to help you integrate them into your life. You will have the opportunity to use the meditations as a group and receive responses in real-time from the Pillai Center teacher.

Receive access to this private group to connect with other community members who experienced Dr. Pillai’s teachings as you did. You will have the opportunity to share experiences, give and receive inspiration, and also ask questions to help you keep your destiny-changing momentum strong. 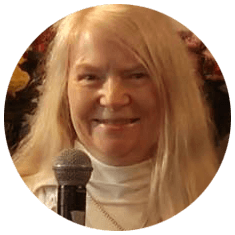 "Dr. Pillai Was Turning to Light."

On Full Moon of the Guru, my husband and I were sitting in a group teaching from Dr. Pillai, and my husband leaned over to me and told me that he was turning to light. Without thinking, I picked up my camera and filmed Dr. Pillai at that very moment.

My camera caught him. Sure enough, there was a video of him as Light. At that group session, Dr. Pillai was also disappearing and shape shifting. Several times, his head disappeared and you could see his turban floating in the air. Not everyone saw this, but many of us did. He also turned into other sages and unusual beings. I’m lucky that my husband sees these visions with me. We are otherwise normal people. 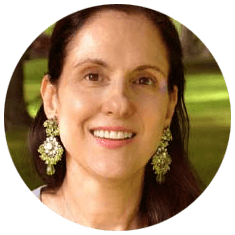 "My Spiritual Longing Was Fulfilled."

During Full Moon of the Guru in 2016, I was in San Diego with my teacher, Dr. Pillai. All my expectations for bliss and positive change were met during his seminars and meditations. I was changed forever and my spiritual longing was fulfilled. From their facial expressions and comments, I could tell that everyone was both peaceful and blissful. I’ll never forget it. I’m forever grateful to Dr. Pillai for his grace, and the many miracles he's brought into my life.

GURU PURNIMA IS THE BEST TIME TO EXPERIENCE MIRACLES

“This Guru Purnima is a very special time. It is going to awaken the faith in you. The awakening of faith is a prerequisite for creating and experiencing miracles. Without miracles, life will be cumbersome, purposeless, and without God. The Guru Purnima time is the best time to experience miracles. It is the time to see the Angels and Masters, and work with them. Come and experience those miracles and be a witness unto yourself.”