Up to 15% OFF Chitra Purnima Packages

“Chitragupta is the lieutenant of the God of justice, dharma. Chitragupta, this demi-god himself, doesn’t have too many temples. His function is to keep the record of every individual, in the Akashic records wherein he maintains the good and the bad that every individual has done in one’s lifetime.”

Chitra Purnima, the first Full Moon of the Vedic New Year, is an auspicious day for erasing old karma and is the day of new beginnings for creation and manifestation. Astronomically, Chitra Purnima is celebrated when the Sun is exalted in the sign Aries, and the Moon is in the bright star named Chitra in the constellation of Libra.

According to the sacred text Padma Purana, there is a Divine accountant or bookkeeper named Chitragupta. Chitragupta is the lieutenant of Yama, the God of Justice and Dharma, and is known for his astute skills in the art of administration and maintaining records. He is responsible for keeping track of the good and bad deeds of everyone on earth in a heavenly database known as the ‘Akashic Records,’ which is your divine personal logbook.

According to sacred texts, Yama felt overburdened with his work and requested Brahma for a lieutenant who could be entrusted with maintaining the records of the dead. Brahma performed intense meditation for 10,000 years, and finally, Chitragupta emerged from his mind and body on the Full Moon of the month Chitra (mid-April to mid-May). Hence, the birthday of Chitragupta, is an ideal and auspicious day to perform Chitra Purnima Poojas and access the energies of Chitragupta to erase your bad karmic record, increase your good karma, and gain wisdom to maintain good karma.

Who Can Benefit Most From Invoking Chitragupta?

According to sacred text, Matsya Purana, Chitragupta is the overlord of Ketu. Hence, if you are under the influence of Ketu, you can find it beneficial to propitiate Chitragupta on his Birthday.

According to sacred texts, Powerspot belief, and traditional practices, performing the below ceremonies can bestow immense blessings.

Helps erase known and unknown karma, start fresh with a resolution to do good and avoid committing sinful acts, overcome pessimism and roadblocks, fear of death, and be blessed with courage, strength, and longevity

Archana (Pooja) to Chitragupta at His Powerspot

Gets rid of bad karma, cleanses the soul, and alleviates Ketu afflictions

Helps free you from problems, provides success in all walks of life, attracts positive energy, and grants a peaceful life

Chitra Purnima is the birthday of Chitragupta, the record-keeper of your karmic deeds, both good and bad, in an eternal ledger called ‘Akashic Records.’ On this day, it is believed that those who worship him can receive his benediction. Participate in our Essential Chitra Purnima services to appease Chitragupta and gain his grace to clear your karmic mistakes and receive his blessings to maintain good karma. 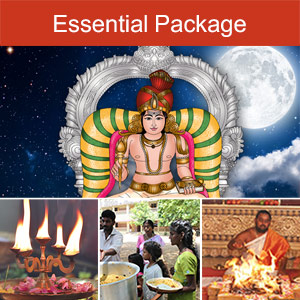 Note: Pillai Center does not charge its members for the temple Poojas included in the packages. However, the package cost includes proxy service delivery/Pooja materials/ facilitation charges.

Chitragupta was created when Yama (God of Death and Justice) grew burdened by his duties and sought the assistance of Brahma. Participate in AstroVed’s Enhanced Chitra Purnima services to propitiate Chitragupta during his birthday powertime with a Grand Fire Lab, a special scriptural recitation, 2 Poojas, and feeding the needy to help relieve previous karmic misdeeds and obtain positive blessings, maintain your good karma, and mitigate Ketu affliction. 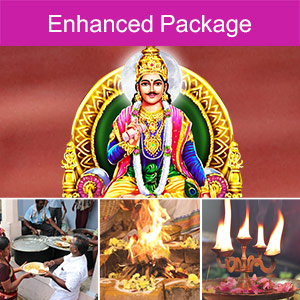 Note: Pillai Center does not charge its members for the temple Poojas included in the packages. However, the package cost includes proxy service delivery/Pooja materials/ facilitation charges.

Chitragupta is the Divine record-keeper and accountant who keeps track of a person’s deeds. In the epic Mahabharata, he encourages all to perform charitable and virtuous deeds as these good deeds help decide whether a person deserves punishments or rewards. Join our Advanced Chitra Purnima ceremonies which include a Grand individual Fire Lab for Chitragupta, a special scriptural recitation, 2 Poojas, and feeding the needy, to invoke the birthday blessings of the Divine accountant, remove bad karma and enhance good karma, and mitigate Ketu afflictions.

Book your Individual Chitragupta Fire Lab on Chitra Purnima, which is the birthday of Chitragupta, the Divine record-keeper. This Fire Lab can appease Chitragupta and help you mitigate the consequences of negative karma, attain blessings for good karma, and dissipate Ketu afflictions. 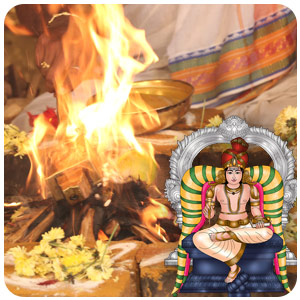 Book your Food Feeding service on Chitra Purnima day, which can help you gain merit in the eyes of Chitragupta, the Divine accountant, and bookkeeper. According to the scriptures, donating food to those in need is an act of virtue and can help you attract positive energy and tranquility to your life. 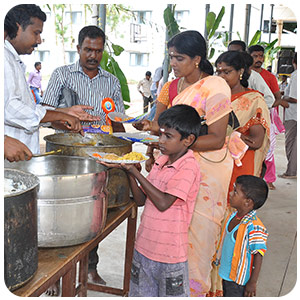